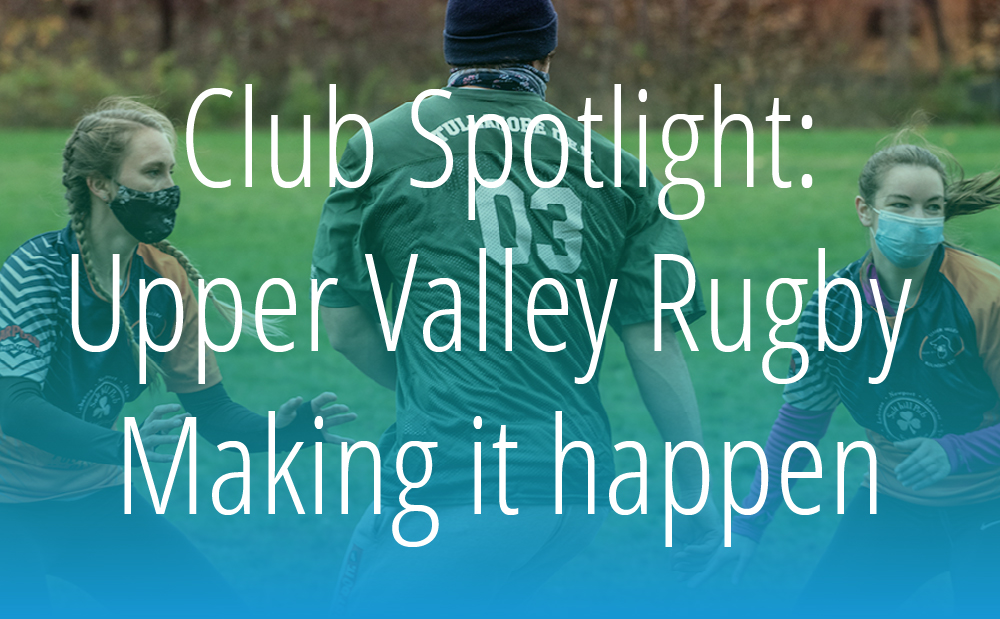 The Upper Valley region of Vermont and New Hampshire is a rural community influenced heavily by Dartmouth College and the region's only University Medical Center. Lebanon, NH home to Dartmouth Hitchcock Medical Center and the Upper Valley Rugby Club (UVRFC) was one of the first towns in NH to experience a positive case of Covid-19 in early March 2020.

Like many clubs across New England and the country UVRFC was already training for our spring season. Forced to deal with Covid-19 in the local community a little earlier than most Upper Valley Rugby was forced to make hard decisions early in the pandemic. With men’s and women’s teams heavily influenced by medical and education professionals Upper Valley Valley Rugby made the decision to temporarily cancel all rugby activities on March 12th, 2020. In the following weeks and months the rugby community and the country as a whole was almost universally shut down due to safety concerns involving the pandemic

In late August after board meetings, member surveys and conversation with local and regional government and rugby leaders UVRFC made the difficult decision to cancel all competitive rugby for the remainder of 2020. This cancellation, although heart wrenching, came with a silver lining. NH and VT had experienced a reduction in Covid-19 cases and was beginning to allow small organized sports activities.

As restrictions were relaxed and the return to play guidelines were released by the state of New Hampshire, Upper valley began thinking about socially responsible ways for players to get out on the field.

With the clubs membership split almost 50/50 the board voted to return to voluntary socially distanced non-contact practices. It was agreed that in order for practice to take place, the club administration would have to go beyond the rules set out by the state of New Hampshire to ensure the safety of players and the wider community. Temperatures were taken on arrival, players wore masks at all times, attendance was limited to 30 people, hand sanitizer and masks were offered, balls were sanitized before each session, screening questions were completed and players were required to maintain their distance when possible.

Due to jobs, families and commitments UVRFC were aware that many members would not be able to attend practice. It was made clear that the club was 100% behind the decision of each member and completely understood that many people would not be able to attend based on families, work or just overall unease about the pandemic. With this in mind the aim of the sessions would be to provide a place for members to exercise safely and reduce anxiety in these stressful times. Most members expected low attendance; however, to their surprise, Upper Valley Rugby Club experienced some unexpected results.

The news of socially responsible training sessions travelled fast through the rugby community. Soon club members or the UVRFC Mountain Men and Valkyries found themselves training alongside local MLR players and coaches from New England Free Jacks and RUNY and local collegiate programs. As the weeks passed it wasn’t only local pro’s that began to turn up to practice, the club began to see a surge in new members, some with a ton of rugby experience and others new to the sport..

Why was the club appealing to new members during times of restrictions?
It could be because indoor exercise facilities were locked down, however, why rugby and why Now? It’s important to remember that Due to covid restrictions, all activities were strictly non-contact. This immediately created an environment for all experience levels to train together, from beginners to seasoned professionals. With an influx of top tier coaches assisting the sessions UVRFC’s skill level began to improve, basic skills like passing and catching (that are often underdeveloped in senior rugby) began to blossom.

What can we take away from the challenges of the 2020 season?

Upper Valley learned that it is important to go above and beyond when it comes to safety during a pandemic. One of UVRFC’s newest recruits Doran Brandt explains, “having everyone commit to wearing masks and ensuring everyone's safety certainly felt reassuring that Upper Valley Rugby was a club that cared for each other's well-being. Meanwhile it was great getting out of the house and getting active and promoting a healthy, yet careful, lifestyle.”

After training twice a week from the end of summer up to mid November, UVRFC did not have a single covid outbreak or scare. Even after the pandemic, Upper Valley will continue to err on the side of caution when it comes to keeping the community healthy. Brian Frampton president confirmed that he’s, “really proud of our members for doing their part to keep our community safe and cautiously excited that the club has found a way to safely provide it’s membership and the local community an outlet in what has been an extremely tough year.” He went on to say “the club making tough decisions early on in the pandemic set the tone with the community that we were responsible and committed to the well being of our local area. When we asked to return to practice, that early diligence went a long way to the city allowing us to get together. We’ve always had respect for our wider community and that will continue to be a priority at Upper Valley”.

Over the course of the pandemic physical contact was stripped from the sport and players had to focus on the basics of rugby. Newer players had time to learn the basics alongside more experienced players. When Allison Tong a new recruit was asked if she would recommend training sessions to a friend, she replied “I actually did! I had a friend who had never played rugby before, but was interested in trying it out so I invited him to practice. People were very welcoming and willing to teach new players, and he became a regular!”. Making rugby feel more accessible to less experienced players boosted the recruitment at Upper Valley and this is something that they intend to continue implementing.

If there is one thing to take away from this season, it’s that rugby revolves around a community. “2020 has been a tough year for rugby, but it’s been even tougher on our community” Vince O’Shea, Charity and Community Director explains. “We have had less chance to play but more time to dedicate to our community, from helping landscape local parks, to charity fundraisers and Rent-A-Rugger programs”. Upper Valley Rugby have also raised over $1,000 in partnership with Cisco for Children's Hospital at Dartmouth Hitchcock. “We’re proud to be an active part of the community and we aim to continue to do so through the winter while continuing to hope for a full season in 2021” - Brian Frampton Club President 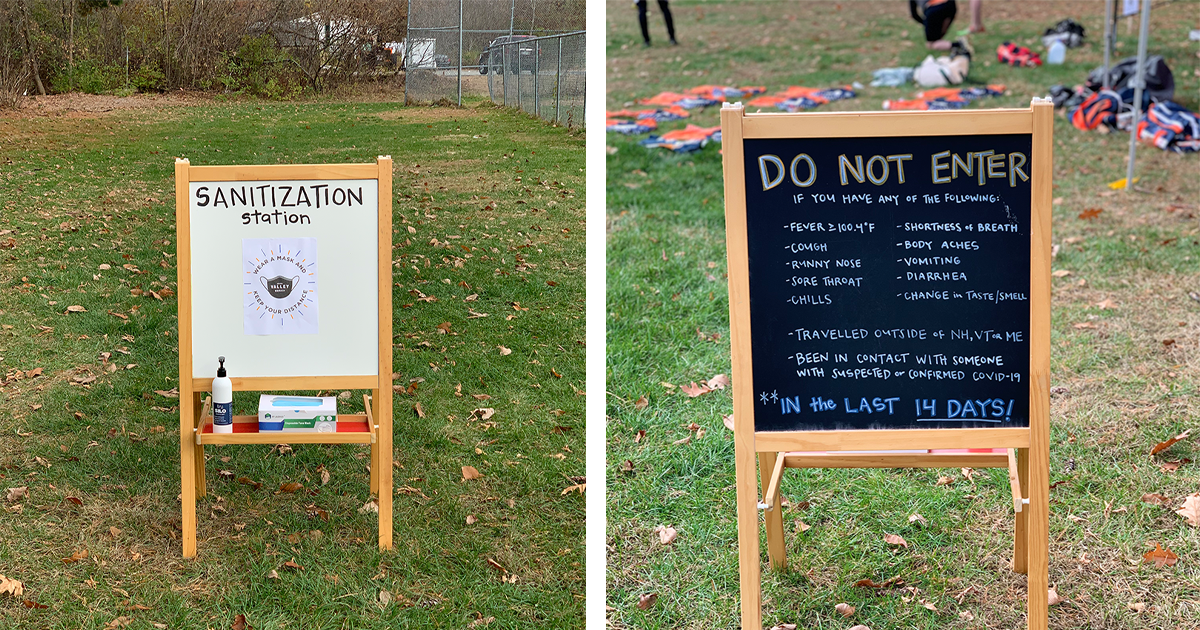 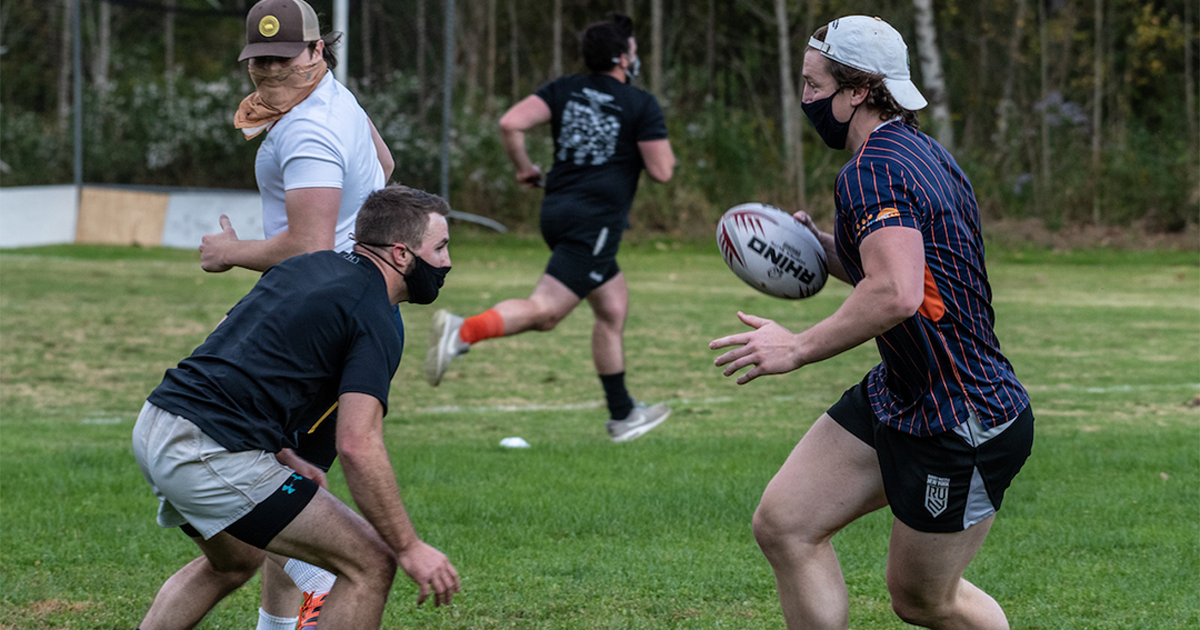 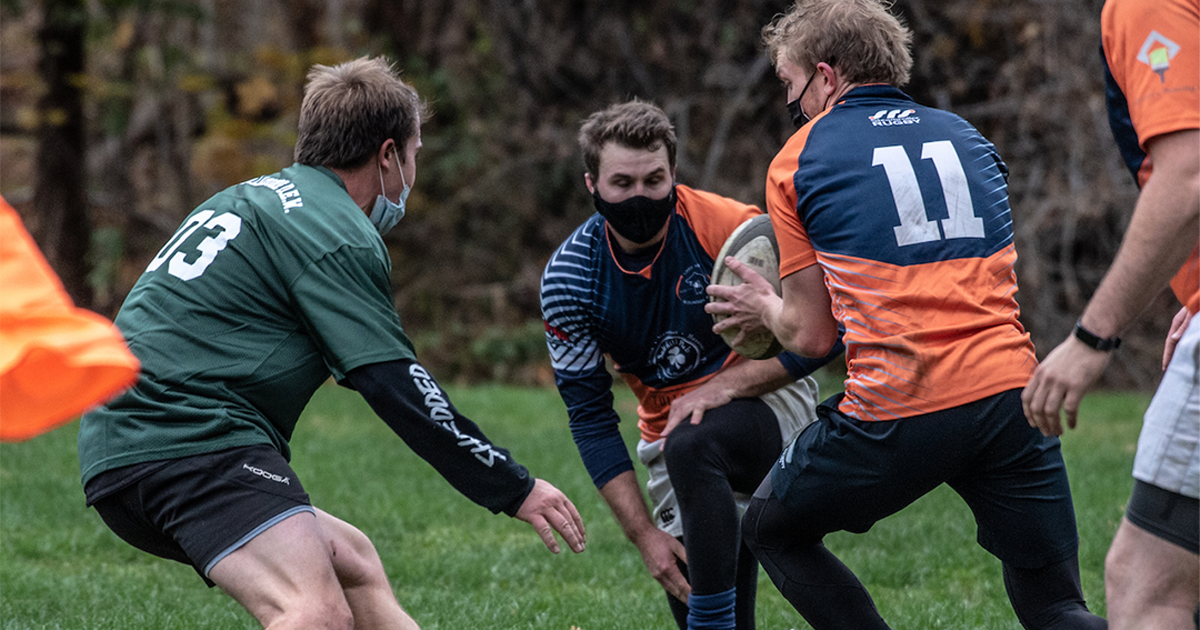 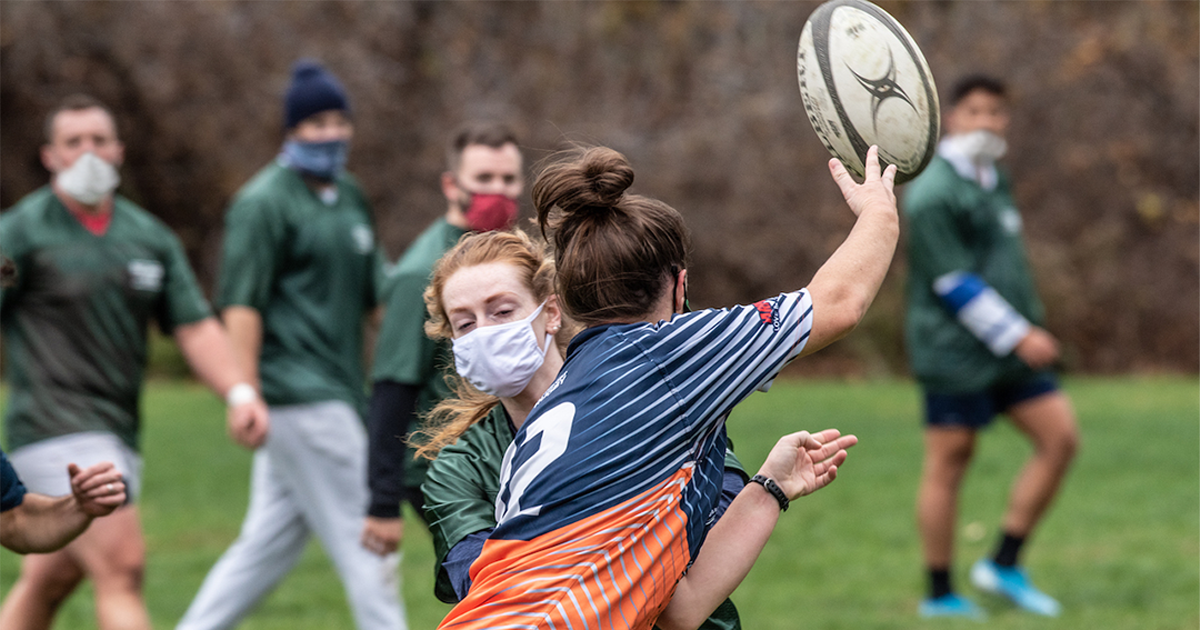 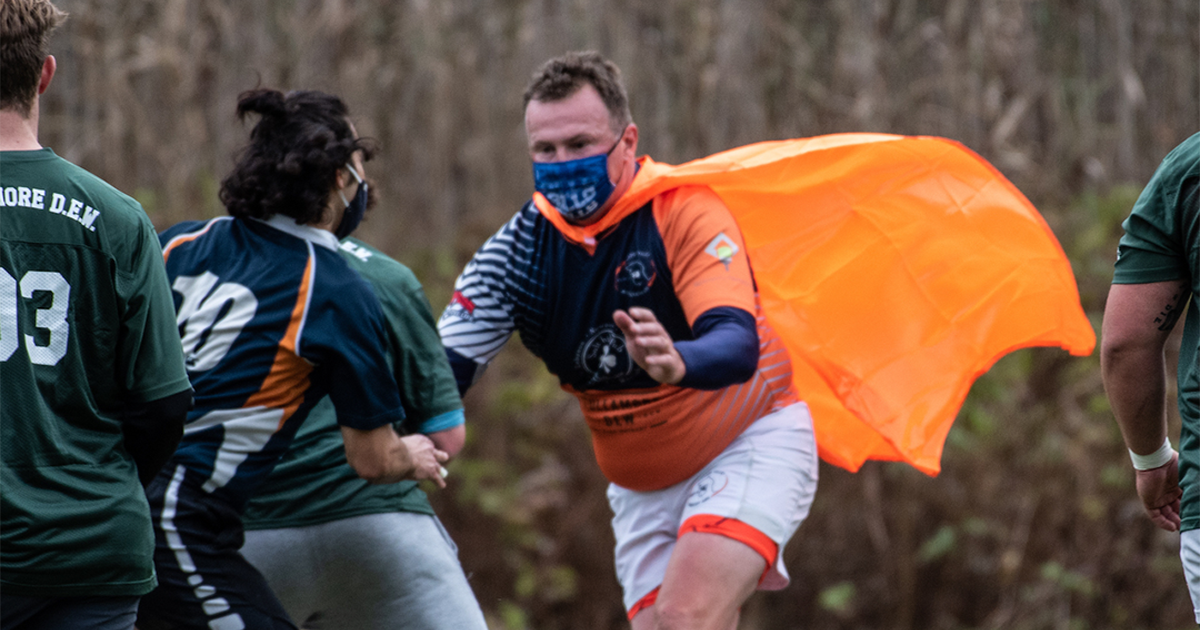 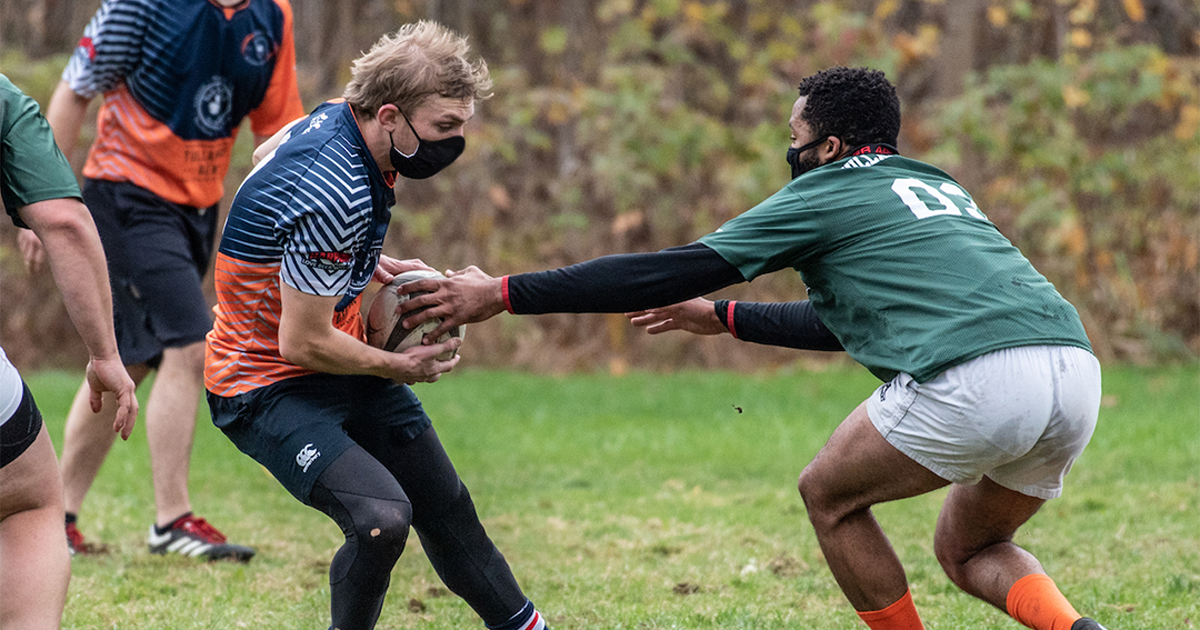 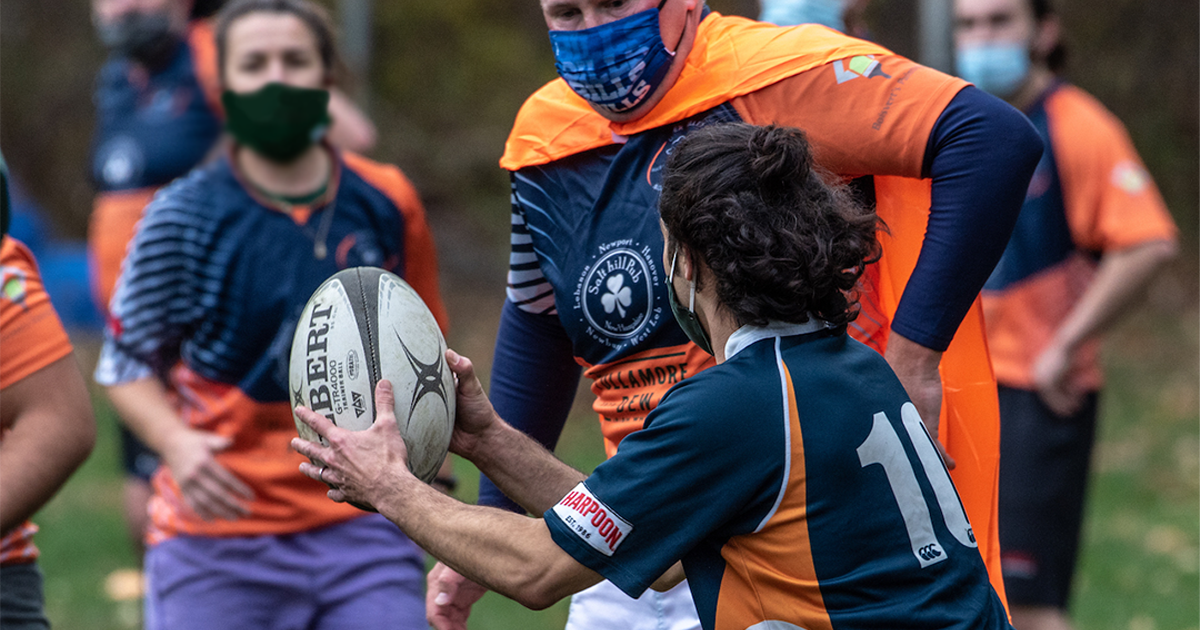 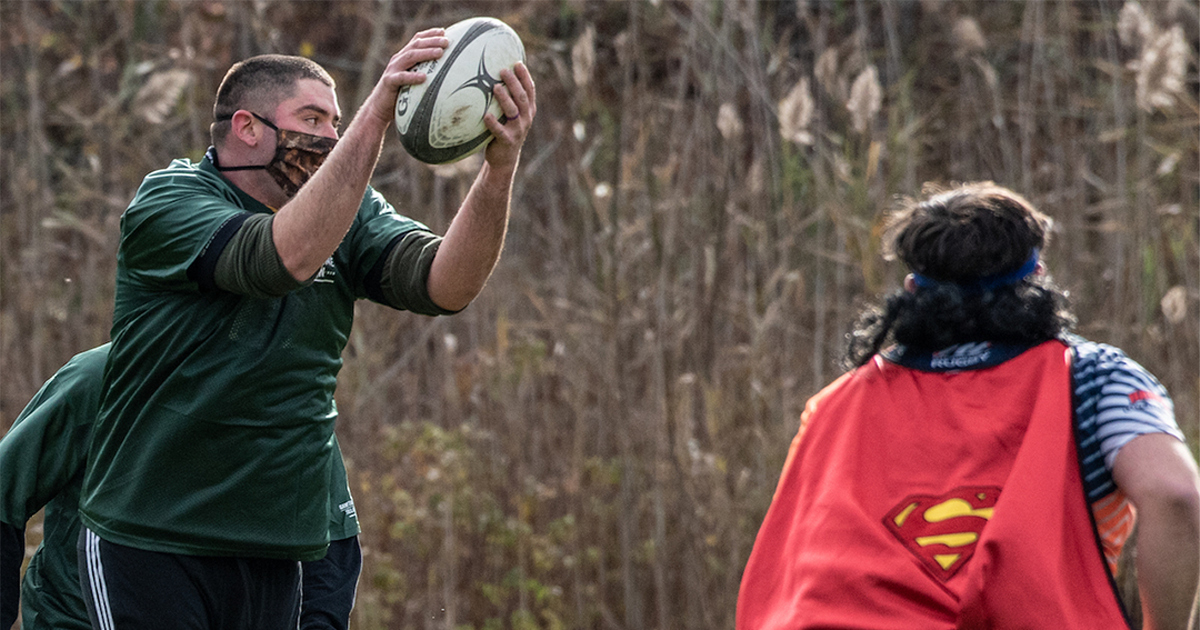 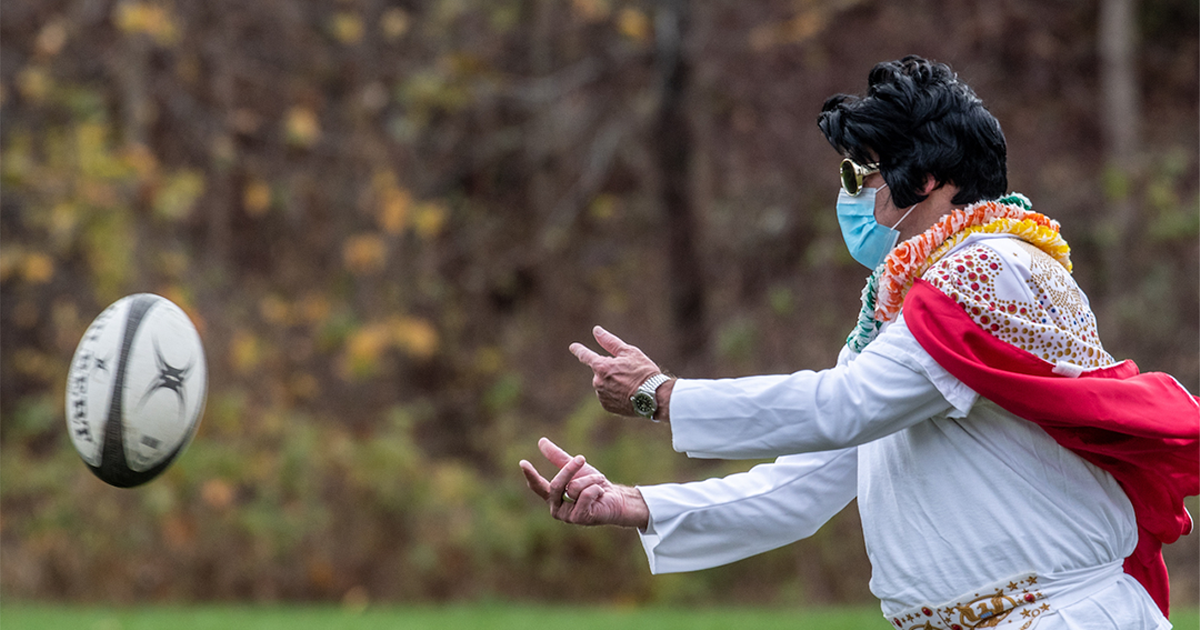